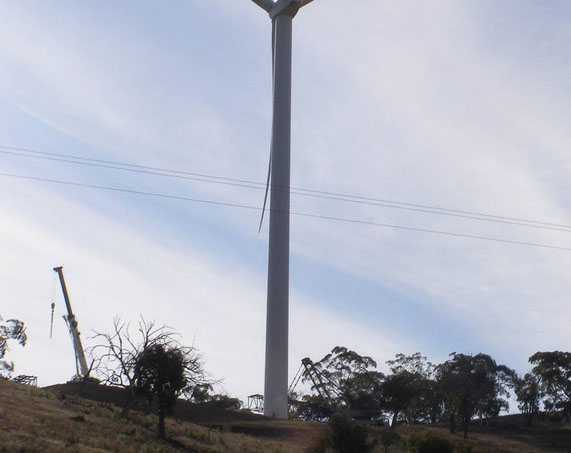 Residents around the Yass Valley are worried wind turbines will put their properties at risk from bushfires.

The recent Cobbler Road fire tore through land where the Yass Valley and Conroy’s Gap wind farms are proposed.

Bookham property owner Sam Weir said aeroplanes couldn’t fly within one kilometre of a stationary turbine, and weren’t allowed within five kilometres down wind of a moving turbine.