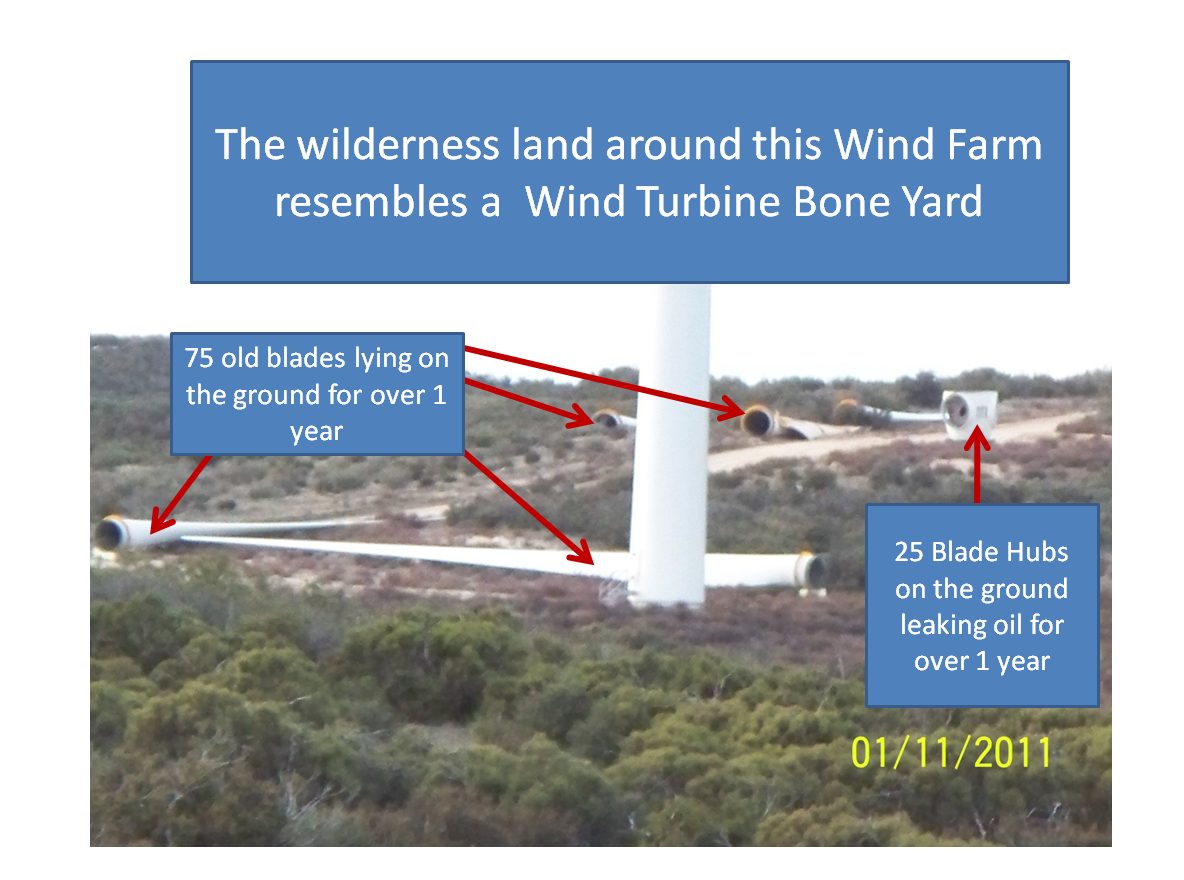 http://www.syris.com.au/syrenew/index.php/renewerg/39-wind/99-turbines-in-bushfire-prone-regions
The San Diego Democratic Central Committee this week passed a measure calling on County Supervisors to increase firefighting resources– but removed a key provision that would have urged lawmakers to ban wind turbines in fire-prone East County.

Wind turbines have been responsible for starting hundreds of fires around the world, including wildfires, and firefighters cannot fight a fire burning in a 500-foot-tall wind turbine whirling off burning debris. With Republican Supervisors poised to approve a wind ordinance opening the door to numerous turbines in the backcountry, the vote was a major disappointment to residents concerned about the clear threat to public safety posed by wind turbines in our fire-prone region.

The resolution was introduced by Bonnie Price, a delegate from East County, who cited examples of wildfires caused by wind turbines and stressed that our firefighting resources are severely strained at a time when fire danger is higher than ever before. Experts who wanted to speak in favor were not allowed to make presentations, including me–the award-winning editor of East County Magazine. I have reported on wildfires in East County for over 20 years, founded a wildfire alert service and wrote dozens of investigative reports on wind turbine issues, including fire danger.
“I am deeply disappointed that the Democratic Central Committee has opted to endanger lives across East County, just as three of our Republican Supervisors recently voted to do when they approved the first industrial-scale wind turbines on country-controlled lands without regard for public safety,” said Raftery who asked to speak though she is not a member of the Committee. “Ignoring dangers and relying on testimony from partisans who provided factually inaccurate information puts us all at risk of more deadly fires like those in 2003 and 2007. Our Supervisors will next vote on whether to approve a wind ordinance that will open the door for hundreds, even thousands more dangerous wind turbines in our most fire-prone and difficult areas for firefighters to access.”