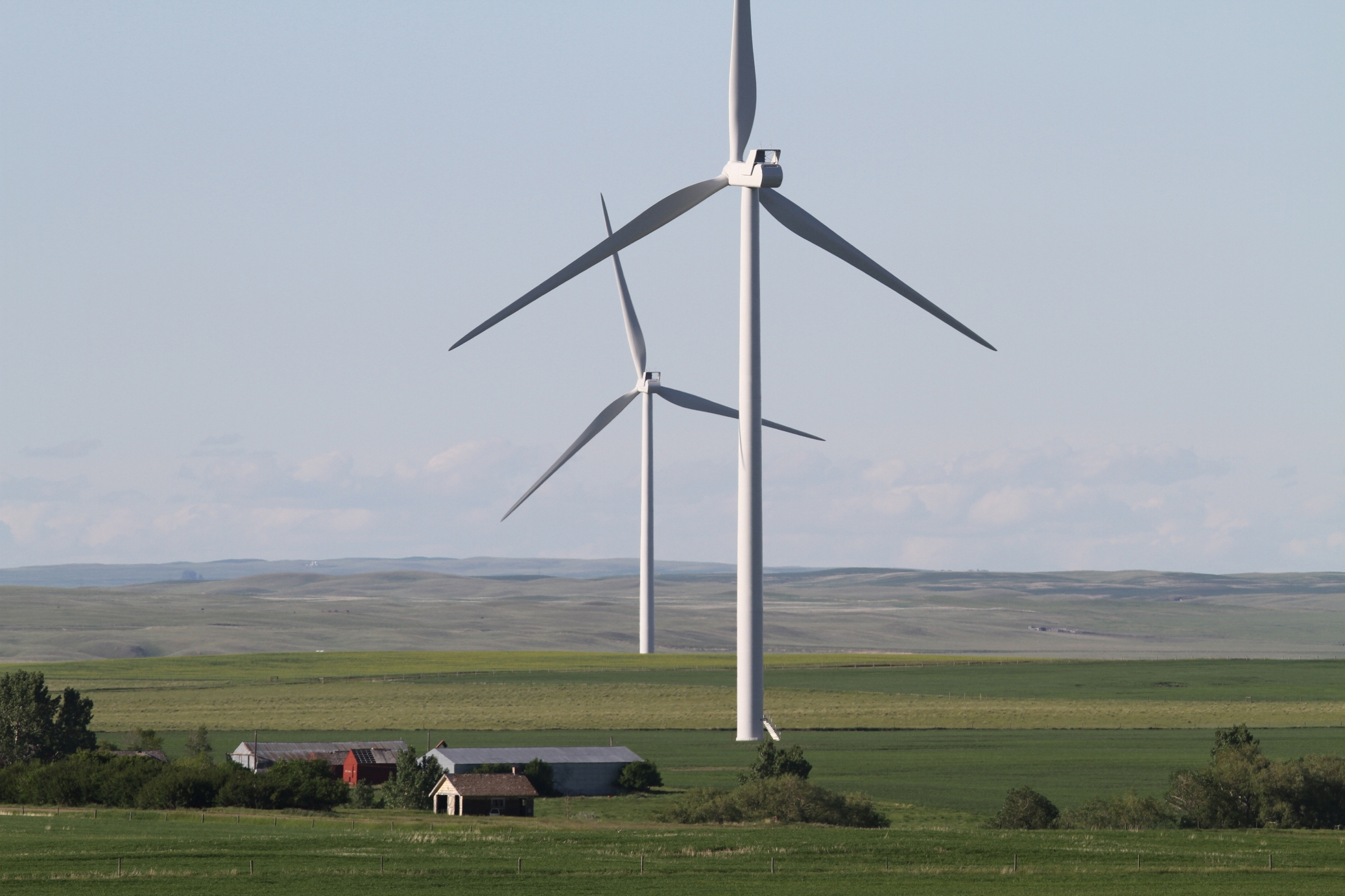 How big is a wind turbine?
Industrial wind turbines are a lot bigger than ones you might see in a schoolyard or behind someone’s house.

The widely used GE 1.5-megawatt model, for example, consists of 116-ft blades atop a 212-ft tower for a total height of 328 feet. The blades sweep a vertical airspace of just under an acre.

Many existing models and new ones being introduced reach well over 400 feet high. See the specs for several models at AWEO.org.

How are the wind turbine components transported?
Transport of such large items and the cranes needed to assemble them often presents problems in the remote areas where they are typically built. Roads must be widened, curves straightened, and in wild areas new roads built altogether.

What kind of platform is a wind turbine set in?
The steel tower is anchored in a platform of more than a thousand tons of concrete and steel rebar, 30 to 50 feet across and anywhere from 6 to 30 feet deep. Shafts are sometimes driven down farther to help anchor it. Mountain tops must be blasted to create a level area of at least 3 acres. The platform is critical to stabilizing the immense weight of the turbine assembly.

What is the nacelle?
The gearbox — which transforms the slow turning of the blades to a faster rotor speed — and the generator are massive pieces of machinery housed in a bus-sized container, called the nacelle, at the top of the tower. The blades are attached to the rotor hub at one end of the nacelle. Some nacelles include a helicopter landing pad.

Are wind turbines more intrusive than other structures of similar size?
Besides the noise and vibrations such huge moving machines unavoidably generate, they must be topped with flashing lights day and night to increase their visibility. The moving blades attract attention. And they must be erected where there are no other tall structures to obstruct the wind.

How much area is required for a wind power facility?
The huge turbines require a correspondingly large area around them clear of trees and other turbines to maximize the effect of the wind and avoid interference. They should have 10 rotor diameters of clearance in the direction of the wind and 3 rotor diameters in every other direction. In a line of several turbines perpendicular to the wind (as on a mountain ridge), the GE 1.5-MW model would need at least 32 acres and the Vestas V90 78 acres for each tower. In an array that can take advantage of the wind from any direction, the GE needs 82 acres and the Vestas V90 111 acres per tower.

In practice, the area varies, averaging about 50 acres per megawatt of capacity. On mountain ridges, the turbines are generally squeezed in at about 10 MW per mile.

Can the area around a wind turbine continue to be used?
Only by putting oneself in danger. Besides the unpleasant noises and distracting motion, wind turbines are not safe. They are high-voltage electrical devices with large moving parts. It is estimated that for every 100 turbines, one blade will break off (see Larwood, 2005). In the winter, heavy sheets of ice can build up and then fall or be thrown off. Access to the land around wind turbines is usually restricted, even to the landowner.

Are bigger turbines more efficient?
No, they are just bigger. Output depends on wind speed and the combination of blade diameter and generator size. Bigger blades on a taller tower can capture more wind to run a bigger generator, but they don’t do so more efficiently than smaller models, and they require a correspondingly larger area around them.