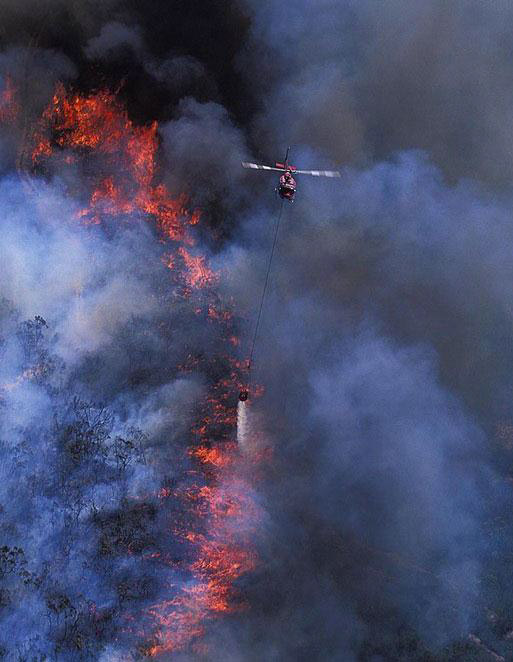 The past weeks extreme weather conditions and high fire dangers across the nation, especially eastern Australia, have once again heightened awareness of the dangers and difficulties of fighting fires in close proximity of industrial wind energy developments.

Over the last week aerial water bombing has been critical in containing fires in many areas of proposed wind turbine developments. If the wind turbine developments had already been in existence aerial water bombing would not have been able to be utilized and fire would likely have continued to spread out of control, destroying life, more homes, property and livestock.
As stated by the NSW Rural Fire Service: “Aircraft are one of the most essential tools of the Rural Fire Service. http://www.rfs.nsw.gov.au/dsp_content.cfm?cat_id=1120