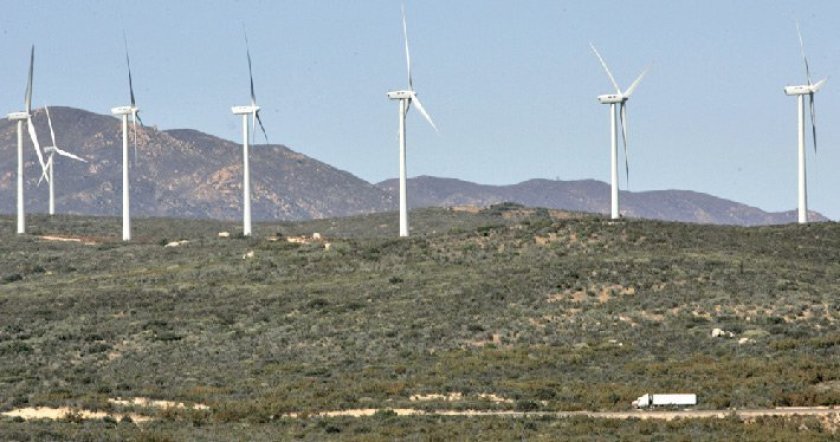 “I saw a huge flash of blue out on the side of the hill where the windmills were. It started in the middle and spread out in all directions.  It lit up the whole hillside the white-out of a snowstorm.”–Ken Daubach, ex-firefighter, who witnessed the power go down

February 10, 2010 (Campo) – Battered by a winter storm on December 7, all 25 wind turbines at the Kumeyaay Wind project on the Campo Indian Reservation shut down—and haven’t come back on line two months later.

Donna Tisdale“All 75 blades from all 25 turbines were removed and only some of the FAA required lights are working,” Tisdale wrote. “There is speculation that the high winds flowing across the composite blades created an electrostatic discharge that then arced between turbines damaging the blades and the electrical system.”