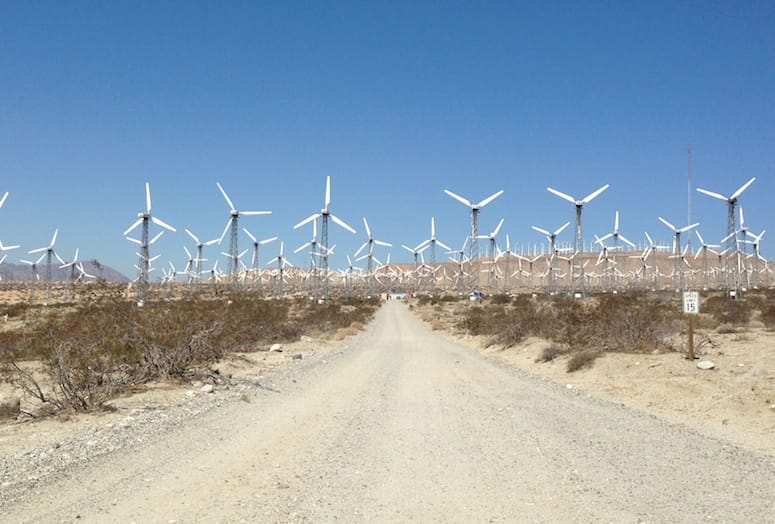 For many years now we’ve been studying wind turbine alternative energy solutions. In fact, I happen to live not far from Palm Springs California where there are an abundance of wind turbine generators, spanning hundreds of acres in large wind farms. Interestingly enough, even though we have all these wind turbines out there, all of the energy created and generated is not enough to power up the increased energy needs of the air-conditioners in the city of Palm Springs alone during the hottest days of the year.

And realize, Palm Springs is only one city in this valley of 550,000 people during the height of the tourist season. Further, the energy created by these wind turbines is put into giant power lines and sent to Los Angeles because of their mandate to buy a large percentage of alternative energy rather than energy from coal-fired plants. If that wasn’t bad enough, let me explain another problem. No, in this article I will not be talking about the ultrasound which causes problems to human health from the wind turbine blades. Also, I will not be talking about the number of birds and bats that these wind turbine blades kill each year.

Instead, I’d like to speak to you about the electric motors, transmission systems, and the constant challenge of lightning bolts, overheating, and self-destruction by fire. Luckily, most of these wind turbine generators in our area are on desert sands, and even if they start a fire, there’s not a lot of sagebrush to burn. However, in other areas in California that I’ve been to where wind farms exist, there is shrubbery, and nearby forests which might burn. Consider if you will a drought year, after a very wet year.

The underbrush has built up, and dried out, and there are as much as 80 to 100 tons of underbrush under the forest’s canopy. Right now, there are fires, giant wildfires going on in six US states. Although no fire to date has been attributed, at least not a large giant wildfire to wind turbine generation failures, it is only a matter of time, and yet there is very little regulation there. What happens when one of these wind turbine generators catches fire, and starts a massive wildfire?

Will the environmentalists pretend it didn’t happen, just as they refuse to consider the number of birds which are being killed each year? It’s not that I am an environmentalist myself, or worried about the birds, I know there are 100s of billions of birds living on the planet, it’s just that I can’t understand the hypocrisy of the global warming alarmists, and the alternative energy folks so willing to look the other way when it comes to wind power, which isn’t even very reliable, and yet they chastise every other form of energy production. Go figure.