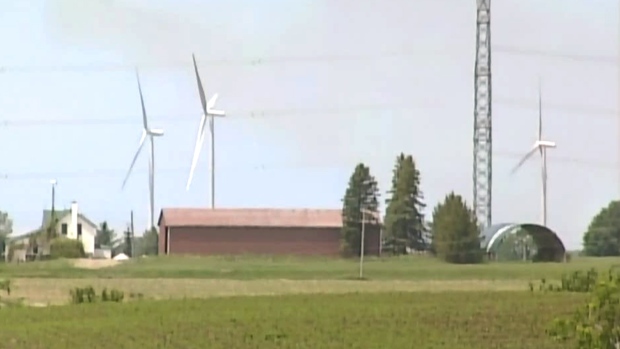 Letter to Premier Wynne and Ministers,
In the early morning hours of April 2, 2013 there was a catastrophic failure of a wind turbine in the K1 Wind Project located in the Township of Ashfield-Colborne-Wawanosh (ACW) in the County of Huron.

This fire resulted in the visible destruction of the turbine hub and blades and the release of contaminant debris in a wide area beyond the actual site of the turbine itself (please see the attached shots of the destroyed turbine).  Mr. Dan Hayden, project manager for the K1 Wind Project, and Mr. Paul Wendelgass of the proposed K2 Wind Project, attended at the ACW Council meeting on the evening of April 2, 2013.  At that meeting Mr. Hayden made a presentation wherein he indicated that, on initial inspection, it was observed that the debris field extended from 100 to 200 metres from the site of the turbine itself.  He also stated that further inspection could show that the debris field extended beyond this distance.  He also advised that the attending fire department confirmed that they were unable to do anything other than let the fire burn itself out and monitor the situation from the ground.  Mr. Wendelgass advised that he contacted the ACW Municipal Office on Wednesday afternoon, April 3rd to inform our Clerk about the turbine fire. This was done only in response to the Clerk’s request for information.