A motor on a wind turbine caught fire and is blamed for sparking a wildfire Monday in Mulberry Canyon in ...
Read More 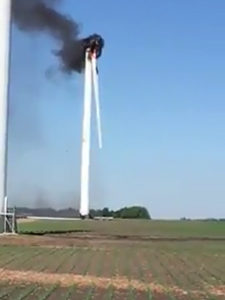 A wind turbine in northwest Iowa caught on fire and one of its blades fell to the ground as seen ...
Read More 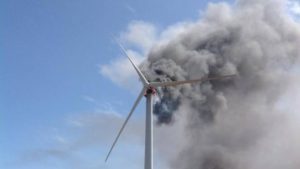 Fanning the Flames… What do we really know about wind turbine fires?

By Suzanne Albright The answer is pretty clear when it comes to fires that make the headlines; impressive videos of ...
Read More 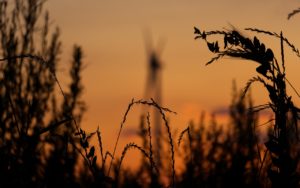 We welcome Suzanne Albright as Executive Member for Turbines on Fire. Ms. Albright is known for her writing on various ...
Read More